The Nordic Coven, also known as Var Dohr, is a Coven of Vampires led by Vidar. Their seat of power is a castle located in the northern peak of Scandinavia.

Amelia founded the Nordic Coven and helped them in times of need. Semira was once sent to the Nordic Coven. However, despite her time within the Coven, Semira disagreed with their more peaceful ways. After Amelia died, the mourning ceremony they had for her lasted a month.

The Nordic Coven is more independent than the other Covens, as they did not answered to the Council and lived as they wished, away from the politics and the wars among the species.

It would seem that many are unaware of the Coven's existence, with some believing that the Nordic Coven is only a legend.

Many Nordic Vampires in the Coven have participated in a Sacred Ritual which also enhances their powers. Semira declined or wasn't worthy to undergo the ritual during her time in the Coven.

The location of the Coven is not stated in the film. However, given its name, it is likely situated in one of the Nordic countries. David and Selene traveled to the Coven from the Eastern Coven by train, and the Coven’s castle is seen to be in a mountainous region and near a lake. This terrain is consistent with much of Norway and western Sweden, in the Scandinavian Mountains (see the map).

After learning of Semira true intentions, Thomas sends David and Selene to the Nordic Coven with Alexia following their trail and informing Marius of their destination. Upon arrival, David is informed of his heritage as the son of the Vampire Elder Amelia and is given a vial containing the blood she'd left with Vidar, so that David could see the truth in her blood memories. Meanwhile Selene seeks Lena and also tries to understand more of their mysterious ritual which the residents of the Coven uses to reach the "Sacred World". While Selene and David are at the Coven, Lycans led by Marius' attack, killing several Coven members. David and Lena attempt to defend the Coven while Selene fight Marius outside. Eventually the Lycans retreat at Marius command, once he learned that Selene has no knowledge of Eve's location and her apparent suicide by submerging herself into a nearby frozen lake. Following this, David recover Selene's body and take her to Lena, who then performs the Sacred Ritual in the hope of bringing Selene back. David departs to take control of the Eastern Coven as Amelia's heir and to prevent Semira from take control of it. Following her revival, Selene, presumably, transforms Lena into a Vampire-Corvinus Strain Hybrid as repayment for her actions.

Both Selene and Lena lead the Nordic Coven warriors, armored with metal face-shields and heavy cloaks, (supposedly as a form of protection from the sun) to the aid of the Eastern Coven who are under heavy attack by Marius and his Lycans. The Nordic Coven successfully aids the Eastern Coven in repelling the Lycan attack which ends when Selene kills Marius.

After the battle, both the Nordic and Eastern Coven begun to recover from the attack by attending to their wounded and having Selene, David and Lena, chosen as the new Vampire Elders.

The Elder Selene returns to the Nordic Coven, where she was once again reunited with her daughter Eve.

Var Dohr is located at top of a frozen cliff, which can be used as a natural defense against outside threats. Inside of its walls, there are several domestic and working areas, some of these places are the courtyard, the armory, and the undercroft.

The Nordic Coven is far removed from the contemporary vampire society and seems to lack any modern technology, relying mostly on its medieval architecture and their monastic ways. At the entrance, there is a great bell, which is used to sound an alarm when the Coven is under attack, passing through it is the main stairway that leads further down into the castle. Inside of it, there are no windows and has several fireplaces to keep the temperature agreeable.

The ice and the torches seems to be some of the few decorations within the castle, along with several artifacts like metal plaques, wall runes and Lycan's skulls. Thomas' sword was also on display.

Passing through the main gatehouse, there is the courtyard, the only outdoor place within the castle walls. The courtyard has stairs and balconies on either side. This area is constantly covered in snow given the region's cold weather.  The courtyard is the first line of defense when under attack. It also has ramparts and a fortified outpost, situated over the gate, which is used by archers for flanking positions.

The Gathering Room is where the Nordic vampires gather to talk, lecture and discuss important events. Like the rest of the castle, the walls, floors and ceiling are made of stone, many tables around the fireplaces can be seen here. The Gathering Room also has a stone archway and is located near where the display stand of Thomas's sword and Amelia's Blood Memories were kept.

Just like any other Coven, Var Dohr also has an armory where their blacksmiths forge several plate armors and shields along with their usual silver weaponry, such as swords, axes, spears, arrows and crossbows. This is possibly the place where they also fabricate their fur coats.

The undercroft is a crypt underneath the castle halls, similar to a temple where the Nordic vampires go to meditate and perform their sacred rituals. There are several pools and fountains in this area, the vampires use the water to cocoon those that chose to perform the ritual, and leave their bodies resting until their awakening.

Other pools are used as a meditation place, in which the vampires don't need to go through the cocooning process again, they simply enter and leave the water as they please. 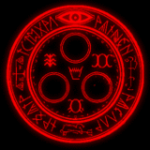