In the Underworld universe, Vampires and Lycans are not malevolent supernatural creatures, but rather the product of a virus; unlike Vampires of other more 'traditional' works, Underworld Vampires are not supernatural in origin. Also, some Vampire relics and amulets featured in the movies are cross-shaped, and they show no aversion to Jesus’ name, which is heard a few times throughout the narrative.

In the 5th century, a man named Alexander Corvinus was the only survivor of a plague that wiped out his village. Somehow, Alexander's body was able to turn the disease to his own benefit and so he became the first true Immortal. Later, he fathered two sons who became the first Vampire and Lycan by being bitten by a bat and a wolf.

Since that time, a war has broken out. The Lycans were enslaved by the Vampires, used as guardians of their lairs during the daylight hours, but they revolted in the 15th century. Both sides have their own lair and chain of command. Vampires are ruled by the three Vampire Elders, who command an army of Vampire warriors known as the Death Dealers. Rules and tradition demand that two Vampire Elders be at rest while one is awake; this arrangement calls for each Elder to rule for one century followed by two centuries of sleep. By the beginning of the 21st century, the Lycans are almost completely wiped out, but a Vampire regent has his own plans, which end up spinning the war out of control and disrupting the chain of command on both sides.

A third mortal son of Corvinus was able to pass down the dormant form of the original virus through his descendants. One of the third son's descendants, Michael Corvin, is not only able to survive the bite of one immortal species, but his rare bloodstrain is able to imbibe and combine both the Vampire and Lycan virus strains due to this mutation, allowing him to become a Hybrid – a full blending of the two Immortal species.

Other Hybrids are later created by using the blood of Michael's daughter, Eve,which grants the user with greater strength and size, as well as an immunity to silver. Hybrids appear in every installment of the series except for Rise of the Lycans.

Main article: UnderworldA vigilant Death Dealer named Selene seeks to discover the reason why the Lycans are searching for a mysterious human named Michael Corvin. In the process, she uncovers centuries of lies and deception within her own Coven, and comes to find herself torn between her duty to the Vampires and her emotions as she falls in love with Michael.

Main article: Underworld: Evolution'Evolution follows Selene and Michael Corvin as they battle a now-hybridized Marcus Corvinus, who seeks to free his twin brother William from centuries of entrapment.

Main article: Underworld: Rise of the LycansA prequel set six centuries before the events of Underworld, Rise of the Lycans details the romance between Lycan slave Lucian and Vampire princess Sonja. Their struggle leads to an all-out war between the Vampires and Lycans that lasts for several centuries.

Main article: Underworld: AwakeningTwelve years after being caught by human soldiers, Selene awakens to find that humans have nearly wiped out both the Vampire and Lycan species. To stop the Lycans from using her daughter, Eve, as a means to enhance the strength of Lycans, Selene teams up with fellow Vampire David and a human detective to destroy the powerful biotech corporation, Antigen.

Main article: Underworld: Blood WarsSelene and Eve separated from each other to protect Eve from the Lycans and Vampires who were hunting Selene. A new Lycan leader, Marius, organizes a Lycan army and attacks the Eastern Coven. Selene is recruited and later betrayed by Semira in the Eastern Coven, and travels to the Nordic Coven to receive the power she needs to end the war between Vampires and Lycans.

There have been various spin-offs and tie-ins in a range of other media.

There is a three-part anime movie set in the Underworld mythos as well, called Underworld: Endless War.

In addition to the novelizations of Underworld, Underworld: Evolution, and Underworld: Rise of the Lycans, an original novel (a non-canon spin-off), Blood Enemy, has been published. All four are authored by Greg Cox.

IDW Publishing has published comics for Underworld, Underworld: Evolution, and Underworld: Rise of the Lycans. There is also a non-canon prequel comic telling the story of Raze: Underworld: Red in Tooth and Claw.

Len Wiseman has stated that a TV series set in the Underworld mythos is in the works.[1][3] According to Wiseman, it's planned to be “a pretty big departure from the films... I don’t want to say it’s more adult, but it’s definitely less comic book in its tone and character.” [4]. According to Deadline, “[t]he series is targeting the premium cable/digital space.”

According to a Yahoo Entertainment interview with Len Wiseman, the series is planned to focus on horror over action and will offer a "different perspective" on the franchise. It is currently shopping for a network to carry it.[5] 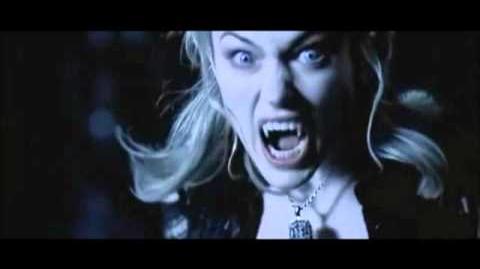 An extended version of the first film.