The Var Dohr Sacred Ritual is a special and sacred ritual used exclusively by the Vampires of the Nordic Coven in order to reach what they call the "Sacred World", also known as "Valissa" and "the in between place", a parallel plane of higher consciousness where they achieve inner clarity and a greater perception of things that even transcends death itself. The exact nature and origins of the Ritual are currently unknown. Vampires that undergo the Ritual are able to gain some more unusual abilities not seen in other members of their species and increase their already-existing ones to higher levels, as well as gaining new insight on the world around them. It's also unknown if a Vampire can simply volunteer or if they must be chosen to undergo the Ritual.

According to Lena, a Vampire must first take a poison, to be cocooned and submerged in water. The ritual is called "Valissa", the "in-between place", that allows them to visit the "Sacred World". However, it should be noted that Selene seemingly went through the process without consuming such poison, as she was near-death at the time from wounds sustained in combat and had willingly submerged herself in freezing water. It is, therefore, possible that any Vampire close to death can also access Valissa, with poison being a more efficient and less-violent method.

Likely as one of their traditions, while a Vampire is being cocooned, another Vampire might recite their sacred mantra, praying for the one that is passing through the rite: "Praise the day, when it ends. Praise the ice, when it holds. Praise the sword, when it kills. Praise the life, that has lived."

After being completely cocooned and having fallen into a state of deep sleep, some Vampires are hung upside-down on the ceiling, no different from bats when sleep, while others might remain in the pools. Vampires that have passed through the Ritual multiple times seem to no longer have the need to be cocooned again. Instead, they submerge without clothes, into the pools and remain there for as long they wish, which still allows them to access the Sacred World via meditation instead of induced sleep. 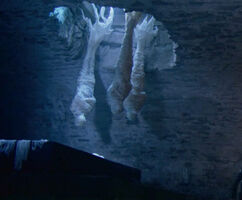 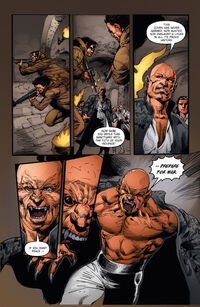